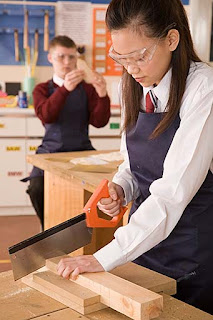 Dowel joints are one of the easiest - and cheapest - methods of fastening two pieces of wood together. The technique is ideal for joining two flat pieces together to form a larger flat surface (as used in the TV cabinet project).

Take two pieces of equal length wood. Decide now which side will be the top and which the bottom for each piece and mark the top side of each so that you do not forget.

Clamp both pieces together, one on top of the other, with the bottoms face to face in the middle. When clamping, ensure that the two surfaces along which you plan to join these pieces of wood are level with each other (see diagram one). 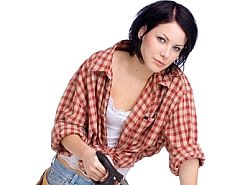 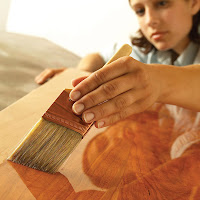 6. Once the hole is made, clean up both ends, cutting back that extra 1/8".
7. Finally, glue the tenon into the mortise. If the fit is less than perfect, use small wedges to make it more solid (see diagram).
Ted's Woodworking - Guide eBook